USING DRAWDOWN: REACHING THE MOUNTAIN SUMMIT IS OPTIONAL - GETTING SAFELY BACK DOWN IS MANDATORY! 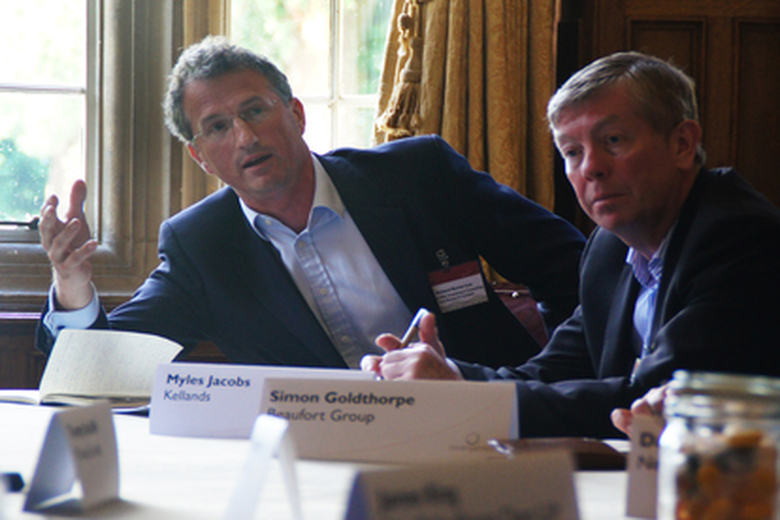 USING DRAWDOWN: REACHING THE MOUNTAIN SUMMIT IS OPTIONAL - GETTING SAFELY BACK DOWN IS MANDATORY!

This session was all about the importance of adopting an ‘evidence based advising’ approach with retiring clients.

The four stages of learning are:

And whatever you do, if you have done it for a period of time you reside in the unconsciously competent area. The issue is that depending on the type of person you are, this might mean you’ve stopped doing the good things you used to, so to recognise the need to change, learn and improve, you need to consciously look at your levels of competence following times of significant change like Pension Freedoms.

In the post ‘Freedoms’ world, a key role of the adviser must be to manage clients’ expectations, because when it comes to retirement and drawing down on their savings, clients don’t know what they don’t know.

Retirement has always been about compromise and dealing with the three main risks:

So the big question is: if people don’t have more money than before pension freedoms and correspondingly, no more capacity for loss, are they and their advisers going in to drawdown with their eyes open or do they not fully appreciate the risks involved?

Delegates believe the reason is that unadvised clients are now able to access drawdown and this could be a car crash waiting to happen. That is why the FCA is gathering data.

This took us to discuss behavioural coaching “save the client from themselves”. Vanguard has done some interesting work in this field. However many were of the opinion that it can be patronising to think people doesn’t know how to spend their money?

The FCA Statistics show that the majority of 55-59 year olds who have cashed in their pension pot had less than £30k - is this so bad? The feeling was that statistics would say what you want them to say - so the data analysed always needs further reading.

Before it was pretty impossible to run out of money in your lifetime as all pensions investments followed a Safety First methodology.

*Probability driven is when you follow a stochastic methodology

The advice approach that many UK advisers follow at the moment is somewhere in the middle, with no real framework or based on real evidence.

The room discussed that the new tool launched by Royal London called “Drawdown Governance Service” is the closest to a probability driven methodology however the down side is that no adviser has all their drawdown with one single provider so the tool is very limiting.

The conversation then looked at annuities vs. drawdown and what is better for the client. Some considered that instead of worrying about the large number of drawdown contracts since pension freedoms, maybe we should worry that before we had too many annuities.

While others think that the issue is now that there are not enough providers out there offering annuity products and there’s a lack of competition in the market, so while before when you had a pot of less than £100k you were advised to get your annuity - now there are less options, reducing all the time and the ones that are left do carry risk

Delegates wondered whether things would have changed in the same way, if pension freedoms had been announced when annuities rates where more normal?

In decumulation, as in mountaineering, statistics show that the most dangerous bit is the first 10% of the descent.

We need to talk about replacing the framework that was there before. So how do you build a framework and manage your advice risk?

Many suggest that following William Bengen’s “Four percent rule" – or what Morningstar recalculated for the UK as a 3.72%. This rate for withdrawal rates from retirement savings is based on historic data of worst case scenario for a 30 year period. And this body of evidence has become relevant to the UK since pension freedoms.

Many considered that annuities are not Safety First anymore; they go through same process as before to cover themselves, however in some cases annuities at 50+ with no flexibility at all is scarier than the idea of drawdown.

We just have to remember that everything is a compromise. Looking at possible returns based on historic data is not perfect, there are no guarantees as some things never recover.

Many advisers are looking at the opportunity to manage money as it is good for their business but not looking so much at building the framework to protect themselves.

The FCA published in their data bulletin No.8 that numbers are alarming – nearly 60% are fully encashing but if downloading the excel sheet from the FCA you can look in depth into the data they have used to produce the bulletin.

Many agreed that the FCA statistics are showing something that doesn’t reflect what advisers see with their clients. It’s true that some clients can see they have more money than they ever had but many of them are not cashing any pensions, instead they are still growing their pot.

Some believe that drawdown is probably more for people that have £200k+, but at the same time wealthy clients don’t need to draw down.

It’s all about how you manage the client and their expectations if you ask do you want a lump sum in your bank or do you want a pension? Then most will ask for money but that is the wrong question. The question should be - do you want money in the bank or tax free money?

It was agreed that a Centralised Retirement Proposition could do the same as CIPs have done for businesses however the concern when doing a great holistic job for clients is the elephant in the room i.e. another PPI.

The risk taker now is the adviser, 2-1 drawdown over annuities moves the liability to the advisers’ shoulders while before the complaints went to the provider.

So it’s more important than ever to understand what are the clients’ expectations - with choice comes risk.

What advisers need is a framework where they can manage all their chosen drawdowns and the process to be able to protect themselves if anything goes wrong. You can do your best and it will still come and bite you so you need to be protected; not just from your clients but in many cases from the beneficiaries that one day will turn round and ask – “Where is my parents’ money?” - The kids don’t care what the parents agreed, they just want their inheritance.

CRP should have 3 parts to be robust, repeatable and consistent:

Other points briefly discussed at the session: