Now the media hype has subsided, how are retirees really looking to fund their retirement? 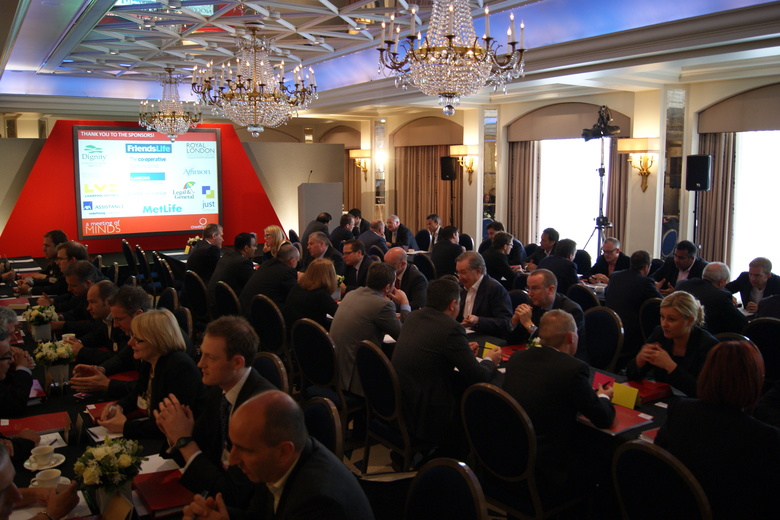 Hosted by Alastair Waldron of Fundamentals on behalf of Canada Life, the session was exploring the consumer perspective on the new pension rules based on research that had been conducted by Fundamentals and Canada Life during 2015. This included Fundamentals Practical Intelligence Barometer research (PIB) a quantitative study among over 500 consumers.

The retiree population is growing rapidly

The discussions began by briefly reviewing the demographic shifts which make those at and approaching retirement such important customer segments.

The group was interested in the data presented from the PIB about how consumers are managing investment decisions this showed that 61% of the sample are now fully self- directed, with 39% either partially or fully advised. This changes to a degree among higher value consumers but the main driver is attitude and the degree of control people want to have.

Will consumers be looking for financial advice?

The same study found that most consumers know about the changes to pension rules and nearly 50% claim a good or very good knowledge. In the round able meeting most agreed that this was a topic that was creating interest and engagement among their client and bring in new prospects.

In spite of the entrenched view of some self-directed consumers, the research shows a significant demand, even among those who are currently self-directed, for guidance and possibly advice. In addition research done by Canada Life research indicated that although many (57%) will explore the free “guidance” offer under the new rules as many as 51% felt they would need to pay for advice from an IFA.

For the advisers in the session dealing with higher value clients the changes were less significant –“business as usual” but these member of the group had a potential interest in how they could profitably offer a service to the lower value customer.

Some members of the group were already active in this space and had developed solution for the lower end consumer.

What will consumers do with their investments?

The research shows that most consumer take a cautious approach to removing lump sums, but a number of the round table group had been asked to “sign off”  transactions that they were not comfortable with where the clients were unwilling to go through the proper processes.

The PIB research showed a mismatch between adviser strategies and consumer preferences and part of the issue is a misunderstanding or lack of understanding among consumer of things such as “drawdown” – this term is seen as negative and confusing by many people yet is core to most retirement plans.

How do you offer certainty to consumers in retirement?

The topic of certainty was explored and the move away for annuities where previously they were the default option. The overriding concern is poor value and inflexibility and the group discussed the emergence of new blended solutions. Bain and Co have suggested that annuities will recover “close to current levels” within 10 years, because of the continuing need for guaranteed income, the implication of demographic shift and rule changes and the group felt this was possible, but not in the immediate future. It was agreed that the naming of annuities may have to change to overcome resistance and that is already happening. The use of fixed term annuities had appeal among the group because they provide income guarantees without the need for a lifetime commitment.

The group indicated that they see the need to offer services to consumer in retirement rather than just one off solutions at retirement, particularly for mass affluent and higher net worth clients. The group also discussed the areas where innovation is needed and this included technology to support the services that advisers offer to clients and perhaps facilitate the commercial provision of a quality solution for lower value clients. The group briefly discussed the fact that new innovative solutions are likely to emerge due to level of focus created by the changes and growing demand. The areas that need to be explored include offering more flexible and better value alternatives to annuities and solution to help manage the implications of longevity.