A Piece of Mind: The Dawn of Simplicity - How can we replicate the obsession that drives Apple's success in Financial Services? 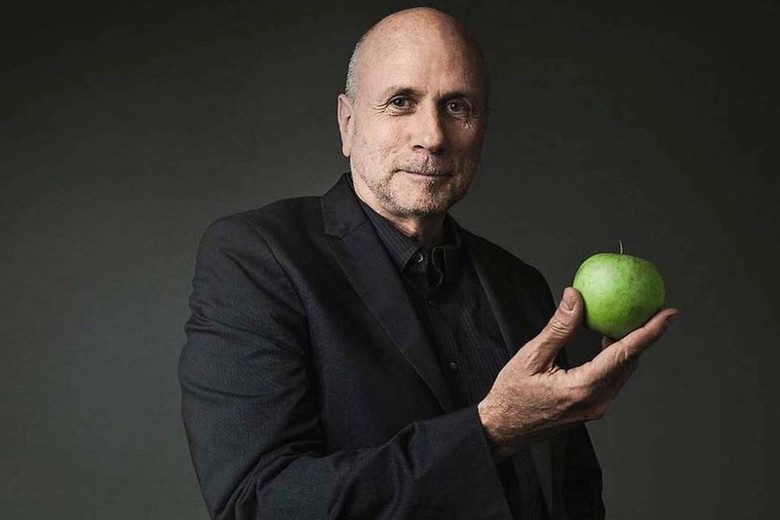 An interview with Ken Segall

Ken Segall is the king of Simplicity – which is arguably the most powerful tool in business. He worked closely with Steve Jobs for twelve years as Apple’s ad agency creative director, led the team behind Apple’s legendary ‘think different’ campaign, and set Apple down the i-way by naming the iMac.

When it comes to simplicity, Financial Services is guilty as charged. So I was delighted to have an opportunity to speak with man himself and explore how as an industry we can begin to defeat complexity.

What has been your greatest achievement?

I have worked with many clients in my life, and certainly the work I did with Apple and Steve Jobs had the greatest impact in my professional life. However, looking back I now realise how important my time working at Apple was whilst it was fighting its way back from near bankruptcy.

At the time we didn’t realise how significant this moment was. Of course we knew the situation Apple was in and relished the idea of trying to help Apple recover alongside the charismatic and visionary Steve Jobs. But we had no idea what it would amount to and the brand you see today is testament to our success.  Had Steve not been successful taking the necessary steps to right the ship, Apple would have been out of business and none of this other stuff would have happened.

Surely being labelled the man who put the ‘i’ in iMac must be up there?

This was more of a fun thing that has had an extraordinary impact around the planet. The act of coming up with the name was actually pretty quick.  However, creating the Think different campaign required a huge effort and was quite draining. This campaign was the philisophical foundation upon which Apple’s resurrection was built, promoting all of the products that followed the iMac for the next four years.

As we can’t escape talking about BREXIT, where does your message on simplicity sit in today’s world where everyone is focusing on change and adaptability?

Simplicity is one of those things that isn’t often mentioned by name but is a part of everything. BREXIT is effectively an over-simplified view of the world… we don’t want these people or rules, so let’s go it alone.  We have the same situation here in the US with Donald Trump.  His message is appealing as it is insanely simple around ‘let’s make America great’ but has little depth beyond that.

In a complicated world, people that bring forward a simpler message tend to succeed more. Of course simplicity has a dark side - as we see in politics - but businesses that operate and communicate more simply tend to succeed.

Thinking specifically about financial services, often the industry bemoans that they struggle to innovate and differentiate as we operate in a world of onerous regulation; diminishing trust; and rising competition and cost income ratios. What would be the first steps you would tell the industry to do to simplify?

I think I’d have to charge money for that! However, the finance industry clearly has a big challenge on its hands.  If we can simplify our messaging and make it clearer about what we do and how easy it can be, the industry will succeed.

There are some companies that perhaps make thousands of products that cannot simplify. However, there is always a way to present the way your products and services are offered simply. The goal is to create the perception of simplicity—and that’s possible even for the most complicated companies.

In the case of Apple, it made as many computers as its competitors but presented them in such a simple way… here are three models, pick one. Now you have picked one, what do you want to add.  In the end, you can create many different computers but it doesn’t feel like a lot of work.

The Westpac CEO cut down the choices offered to its customers in Australia. This had a dual benefit. Their sales reps appeared more knowledgeable, as they didn’t need to know so much.  Plus, customers were less confused, and as a result made more immediate purchases.

Often when we talk about simplicity we focus on the product or the message. However in your book ‘Think Simple’ you focus a lot on leadership, employees and team dynamics.  How should simplicity define an organisation’s culture?

Apple didn’t succeed simply because it made great products. How it got to those products is at least half of the story.  Steve Jobs created an internal structure which promoted simplicity by getting rid of committees; giving more direct responsibility; etc.

Therefore if your internal organisation is streamlined, and has a culture that rewards simplicity and innovation, this simplicity ultimately feeds through to products and services. You can’t have a complicated organisation and create simple products.  Simplicity needs to be embedded in the culture to filter out complexity, and create something that is truly wonderful and connects with people.

You often call Steve Jobs a benevolent dictator. In your mind, what kind of leader is best for driving simplicity through a business… dictatorial; authoritative; consultative; or participative team style?

There is no one correct style. I have seen highly collaborative leaders and top-down leaders succeed.  Collaborative companies benefit from having all the different opinions in the room.  And the top-down approach has the benefit of getting things done quickly.

Steve Jobs was unusual in that he was both a benevolent dictator and highly collaborative. He was opinionated but not all-controlling, and had strong vision and values.

Excuse the pun, but it all sounds so simple! Why do so many people struggle with simplicity?

That’s the big question. Human beings have this built in desire for simplicity but at the same time we are our own worst enemy because we so often make things complicated.

When you pay people to do a job, they feel compelled to show people how smart they are. When something comes to your desk, we rarely say, ‘I think it’s perfect the way it is’. We want to put our mark on things.

Businesses run on processes, and over time people add more and more processes. And before you know it you have a complicated way of working.

Apple aside, who else do you admire as a ‘hero of simplicity’?

There isn’t really any company that has totally nailed simplicity. However, there are some great leaders such as Elon Musk at Tesla who has done a fantastic job and has some similarities to Steve Jobs in his role as a visionary. People lust after his products.  There certainly is a simplicity story around the Tesla.  People who test drive their cars all come away saying ‘this is the future of cars’ – Teslas are so different from anything in the marketplace.

People generally can’t be bothered to train themselves to get the benefits of a product. It is sad to think that people wouldn’t have the energy to make an effort that would improve their lifes, but people are busy.  The great moment of simplicity arrives when people fall in love with a product and get the sense that this is the way it should always have been done.

OK, so you’ve mastered simplicity as Apple did back in the day. How easy is it to drop the ball?

As with everything you have to nurture and protect to guard against complexity creeping in. This is where the culture is so important, and Google is a good example of best practice.  Although their products are more complicated that Apple, they have a strong culture of innovation and values which in turn attracts great people who will succeed there.  So simplicity is also a tremendous recruting tool.

You also have to remember that you will not always get it right. There were some great failures of simplicity at Apple but overall the company was a success.  To use a baseball analogy, if you get a hit three times out of ten, you are very successful.  That doesn’t quite work in the business world… Apple is more up in the ‘nine’ area because it has that strong culture.  It is how you respond to the misses that defines the company.

Is regulation the nemesis of simplicity?

Regulation certainly puts a strain on a company’s abilitiy to simplify. When I chatted with Westpac in Australia, CEO Brian Hartzer said that simplifying the product lines allowed them to simplify the processes. As a result they have a much better record and relationship with the regulator, because they have gotten rid of much of the complexity that created the issues that could potentially get them into trouble.

Thinking in the future, if you could simplify one thing, what would it be and why?

This may be a bit US-specific, but our tax laws are crazy. I would love to simplify the required tax return down to one page using a flat rate.  The argument is that ultimately the government would raise more revenue and individual payments would be reduced.  The tax system is a perfect example of processes on processes creating a web of complexity.

Finally, how true to life is Steve Jobs the movie and were you sad not to have a cameo role?

When I heard they were making the movie, my friends joked about whether there would be scene in the movie where they would debate what to call the new computer and some long-haired hippy in back would say, “Hey, how about an i”. But no, that didn’t quite happen. In the Ashton Kutchter movie, there was more of a product montage and no discussion about the name.  However, every ad featured in the Fassbender movie was one I had written, so in a way I did have cameo.

Ultimately I thought the new movie was very entertaining, but in terms of historical accuracy it was way off the mark. For starters Steve Jobs was smart and creative in the way he spoke but he did not talk like a Hollywood screenwriter.  And he was not intense all the time.  He was complex person and would definitely have his moments when he would blow up, but he could be very warm; inspirational; charismatic; and funny.

Plus there are some things in the movie that were blatantly wrong. The one that struck me the most was the structure around the three main characters who surrounded Steve – John Sculley, Wozniak, and the mother of his child.  The idea that John Sculley would come back to become this father figure for Steve where they would have these deep talks is absurd.  After Sculley forced Steve out of Apple, there was no love lost between the two of them. Steve harbored ill feelings toward Sculley till the end of his days.