Innovation - are you aware of how critical it is to your business? 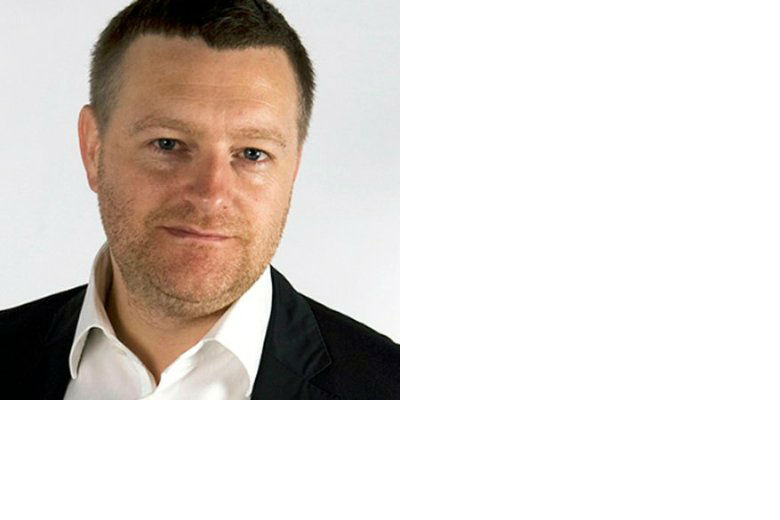 Cris Beswick - Strategic Advisor and Speaker on Innovation, Author of 'Building a Culture of Innovation'

If you want to know about innovation and how best to tackle it, look no further. I caught up with Cris Beswick, Strategic Advisor to Wazoku and author of ‘ The road to Innovation’ and ‘Building a Culture of Innovation’ to find out what he really thinks.

Is it possible for the large incumbents to compete with nimble Fin Tech businesses or is it all about collaboration? In reality for the majority of organisations it’s about doing both. Innovation whatever size of company you are requires collaboration. In the same way as big companies want to be nimble so are partnering/collaborating with smaller, start-ups etc the latter also want to partner with bigger companies because they are better at scaling things up. The big challenge is in the ability to collaborate and that’s where things fall down as the incompatibility of different sized organisations and their differing agendas undermines the potential that mutually beneficial collaboration can bring.

What are the biggest blockers for innovations? As above one of the biggest blockers to innovation is a lack of ability to collaborate effectively. However, the majority of my work is as an advisor to CEOs and senior teams challenged and grappling with building innovation capability and more so, building a culture of innovation. The blocker is still a lack of understanding about just what it takes to build enterprise-wide innovation capability and make it part of an organisations ‘everyday’ culture. When we look at all the research and the statistics from numerous annual global innovation surveys we still see common themes from senior, leadership and executive teams around why innovation isn’t being driven effectively, some examples of which are below…

These break down into two core areas, leadership and culture and for me they form the basis for the main barriers to why innovation still isn’t taking hold and being driven as effectively as it could be. I can also ratify that this plays out in the work I do as these form the core of what I advise senior teams how to solve.

What are the biggest enablers for innovation? For me it boils down to genuine willingness and desire to change an organisation in pursuit of something special, ambitious and exciting. That means it ultimately has to be driven be the senior team of an organisation and for me that’s the biggest enabler for most people. No one wants to work for an organisation that isn’t ‘going places’ so to have a senior team that genuinely want to push an organisation forward is a great enabler. If you then think about the actual physical enablers of innovation you have to embrace technology, especially if you want to scale capability across a large dislocated workforce or embrace the wisdom of the crowd by opening up innovation challenges. However, a word of caution as I see many organisations focusing on ‘shiny’ new ‘enablers’. The big issue with innovation is it is easy to think that it will start to fly when you give people new tools and tech but in reality, driving innovation is simply about removing the existing barriers that stop it happening in the first place. i.e. tackling some of the things I outlined in the last question. New stuff, tech, tools etc then simply enhance the capability that is already there but being suppressed.

It’s one thing having an idea but how do you make the dream into reality and know which ideas to focus on? They key here is actually in the language. Innovation isn’t primarily about having ideas but that’s where most companies start. Innovation lives and breathes off unearthing problems to be solved. Some also talk about ‘opportunities’ but in reality an ‘opportunity’ will always exist because somewhere down the line you can track back to a problem that isn’t being addressed. So the key to innovation and competitive advantage through innovation is being able to spot or unearth problems better and faster than the competition. When you can do that you naturally have the right things to focus your innovation efforts on.

We recently talked with Ken Segall, the man who put the ‘i’ in Apple and he believes simplicity works – would you agree with this? Would you say it’s best not to over think things? Absolutely, innovation is so misunderstood and not understood that the majority overcomplicate it. As an ex designer, my mantra has always been ‘simple is beautiful’ and building innovation capability and a culture of innovation should be approached in the same way.

Some innovations are big and obvious to the client enhancing the client/customer experience; others are small and behind the scenes driving productivity – what is the balance?This issue is something I’ve become particularly known for and is something I’ve helped a lot of companies understand. The challenge with the majority of focus on innovation is that everyone has fallen in love with the idea of game-changing, radical or disruptive innovation and it’s become a disproportionate focus both in terms of actual activity and rhetoric around innovation. The reality is that what actually happens in many cases is what I call ‘innovation paralysis’. Let me explain. Most organisations are already doing ‘incremental innovation’ they may just call it lean or continuous improvement etc but it’s a daily focus on tweaking and improving the small, typically internal parts of a business. The quest for innovation usually then gets positioned as a focus on radical or disruption. The challenge being that while everyone can get involved with ‘incremental innovation’, only a small number of people, usually a focused team or senior team are involved in the higher stakes radical, big bets, strategic stuff. Hence, you gate a kind of paralysis where there are lots of tiny, incremental things going on, but none of them ‘needle shifting’ and maybe one or two big things going on but nothing or very little in the middle so the majority of the organisation is ‘paralysed’ and not really contributing to shifting the innovation needle. The big challenge here is acutely seen when an organisation wants to build a culture of innovation because you can’t change culture in pursuit of innovation through ‘incremental’ as you’re already doing it and it doesn’t generally focus enough on the customer and you can’t do it through ‘radical’ as it doesn’t involve enough people.

What’s the brightest spotlight you have been under in your career? I’ve had somewhat of a portfolio career having held several non-exec positions and having spent over a decade in the design industry as the CEO of my own design group before my exit just before the crash in 2008. I’ve wrote two books, been on TV am regularly on BBC radio as a business expert but I think the Spotight is probably shining brightest now as innovation is so vital and yet still such as struggle for many organisations.

While we are looking in a crystal ball, what legacy would you like to have left when you are smoking your pipe on a Caribbean beach in retirement? I will always be a designer at heart; it’s in my DNA and is how I started my career so I’m driven by solving problems. As an advisor to corporates all around the world that expertise is overwhelmingly used to make those clients more money but I don’t want that to be my legacy. What I’d like is to be able to say I helped solve something that changed people’s lives and made a difference on a human level not a corporate profit focused one. And anyway, my wife and daughters will confirm that I’m pretty much a work-a-holic and love what I do so there are no plans to swing in a Caribbean hammock any time soon!

If you weren’t doing what you are doing, what would you be doing instead? Travelling the world with my wife and two girls giving them a proper education. Don’t even get me started on the state of education in this country and the fact that we’re not developing the true creative potential of our next generations!

What is the best piece of advice you have given or received? It’s not really a piece of advice but just more of a constant sense check about what really matters. I work all over the world with some amazing clients, I’ve written books, been on TV etc and they’re all great experiences but what really matters is my two girls shouting “Daddies home!” when I walk through the door. I think many of us get caught up with the pressure of work and forget what really matters. Another answer to your question about what legacy I’d like to have left, I suppose it would actually be to have done or contributed to something that makes the future for my girls as positive as possible.

Cris Beswick, Strategic Advisor and Speaker on Innovation, Author of 'Building a Culture of Innovation'