What might a vote for Brexit mean for your business and global investors? 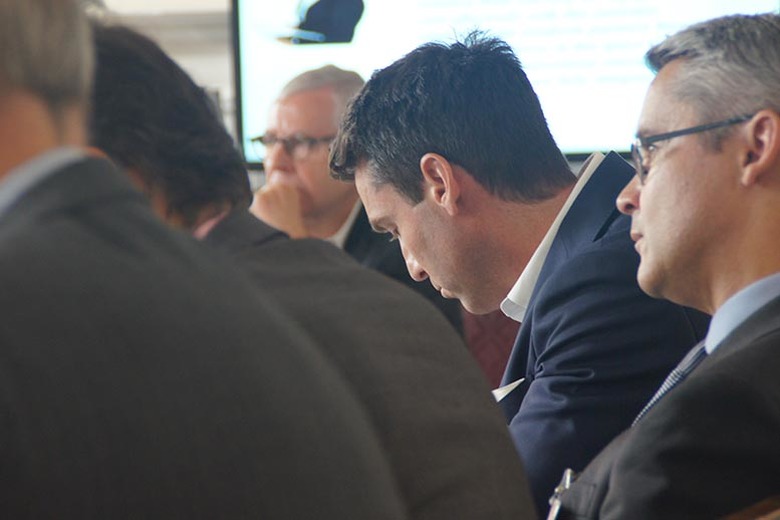 The participants were contemplating several scenarios that the UK could end up in following Brexit. Mainly the implications on trade were assessed, with a particular focus on financial services’ export capability of the UK. The UK economy would be expected to decline following a Brexit result.

“Scary monsters in the shadows. How easy will it be to switch on the light and see.”

There was a general consensus in the room about the fact that negotiating against the clock once UK formally notifies EU about its decision to leave, having a 2-year deadline for negotiations, is a bad idea. Participants in the session agreed that it was not clear which mechanism would be implemented following Brexit.

Neither is it clear which model the UK will pursue in a post-Brexit environment. The options are

Swiss: in terms of financial services, it isn’t a good idea, financial professionals in Switzerland think

“The issue is the EU has total ownership of trade deals.”

Much of the confusion arises out of the fact that UK has a trade surplus in services which it exports. There is more clarity in terms of what happens under different scenarios in the finished goods market, such as autos since the UK exports cars too.

As a possibility, there exist tariffs of 2-3% for finished goods. According to WTO, 15% is charged on pharmaceutical goods. Yet nothing is mentioned for financial services. This led the participants to conclude there is uncertainty in many areas.

The consensus view was that there will be an economic slowdown for the UK post-Brexit. Moreover, there is a risk of parity between GBP and USD.

“The UK has a surplus in services and imports goods. If the currency goes down, it’ll get cheaper for Europeans to buy Range Rovers, but it would mean cheap services too.”

In terms of regulation, it is unlikely that the UK will change any regulations concerning travel. When it comes to finance, only two options were referenced as a way forward: either MIFID in accordance with EU, or the likes of the US Dodd-Frank and Sarbanes-Oxley.

When imagining the possible scenarios, there was a debate around what could change. It was in general agreed that there’s no certainty in the relationship with the EU. The presidency of the EU was supposed to go to the UK soon, but post-Brexit this is in question.

As to market infrastructure, there is a possibility that the UK might be free of the cap on pensions as a result of Brexit. As far as benchmarking regulations and general data protection goes, outsourcing wouldn’t be clear legally. Payment services regulations implications aren’t clear either. Participants agreed that there would be a need to hold back on regulations until the dust settled.

When talking about the nature of the relationship with the EU markets in the future and possible structures, the definition of Equivalence should be taken into account. Equivalence requires comparable markets, signed cooperation agreements and that the country shouldn’t be on anti-cooperation list for FATF. As an example mentioned, Switzerland is partly equivalent.

The concerns were voiced about the British Overseas territories and whether there is a need for renegotiation. Currently, the Channel Islands follow the UK. It is an open question though what would they choose post Brexit – UK or EU.

Reputational losses were seen as a potential threat in case the votes in favour and against Brexit are close.

“When a definitive choice, that’s a clear choice. What to do when the votes are so close?”

It was mentioned that the scenarios considered and discussed were all based on the assumption that the EU will stay the same. Entertaining the possibility that EU breaks down, a concern was expressed that the UK will be blamed for it.

“Let’s wait for about 5 years and join the leaving party”.

“It is very unlikely it is going to stay the way it is in the course of the 5 year horizon.”

Yet another concern coming back to the UK’s strength in financial services was that of complying with regulations around financial services. Namely, the participants were worried that financial professionals in the UK will no longer be automatically accredited to do specific kinds of jobs, and UK qualifications will not be viewed as equivalent to the EU anymore.

“They will probably not introduce tax on accounting, but they’ll say “you’re not wearing the right badge”.

“We will no longer be able to do what we’ve been doing for 40 years”.

It was a general consensus that whichever way the vote goes, a political crisis will occur. This could possibly be exacerbated by border control reinstatement necessity, and whichever way Ireland would go.

The challenges will stem from the EU possibly having an upper hand in negotiations following Brexit. Uncertainty and the lack of understanding of how Brexit can be managed led to many concerns for the financial services industry, regulations, as well as the prospect of a political crisis.